Books for Kindergarten through 8th grade

"A perfect blend of words and pictures," said Storyreader. 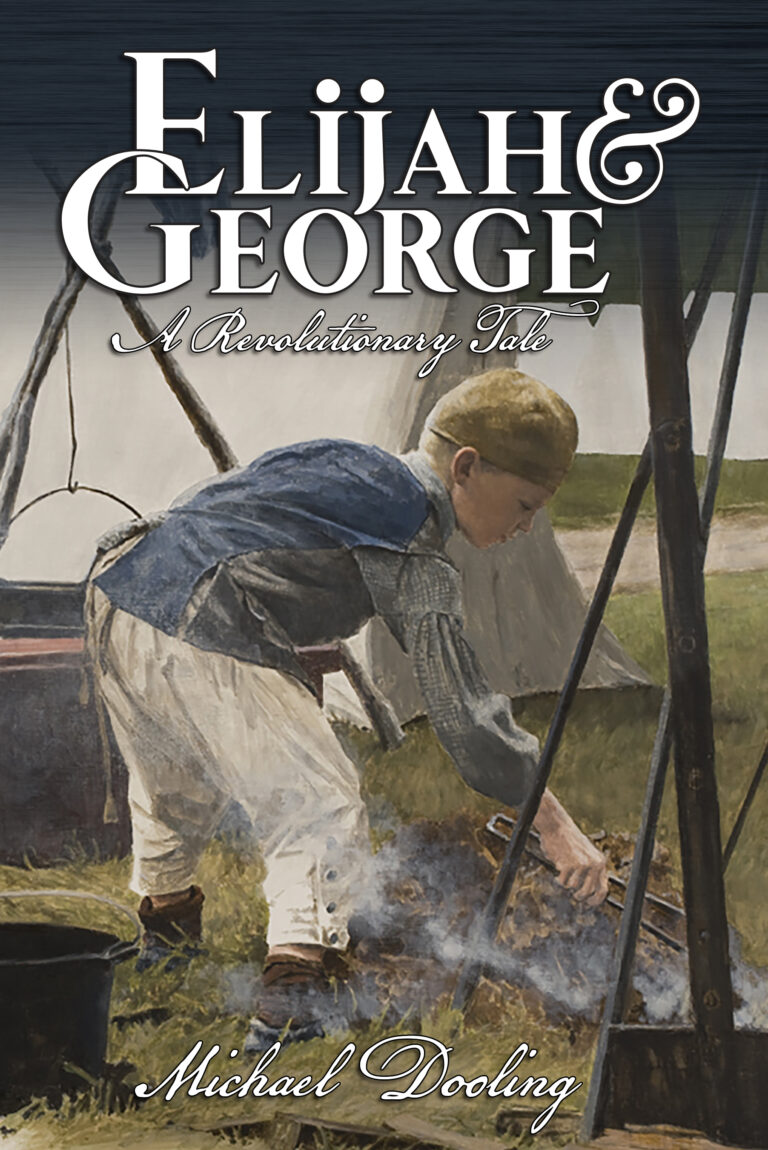 Elijah and George A Revolutionary Tale, by Michael Dooling

Huckleberry Finn meets The Patriot! An impossible adventure begins when a young boy sneaks out of General George Washington’s encampment in a desperate search to find his father, a soldier who does not return from battle. Will the game of Checkers save the young boy’s life and get him home?5 out of 5 stars An Asset to any Classroom or Lesson“”Elijah & George: A Revolutionary Tale” weaves a compelling, visually enticing, and historically accurate depiction of the Revolutionary War through the eyes of young Elijah Paterson. With vivid detail and relevant, well-described accounts of the actual events that shaped our country’s formation. From the early stages of the Colonist’s determination to break free from English rule through Independence, this book guides the reader through a colorful ride in the history of our nation. The author’s use of language is especially apparent, tying in vernacular from the time period with modern language…offering multiple lesson options for teachers from different educational disciplines to use this book within their curriculum. As a person working within the field of both education and child development, I would recommend this book without reservation to parents, students, teachers, and administrators alike.”Andrew Disque, Teacher5 out of 5 stars Excellent story with outstanding illustrations!“Michael has a gift for storytelling that is rare.”Ann C., Educator5 out of 5 stars  Should be in every School Library.“…great to read to your children and grandchildren. Should be in every School Library.”B. Dobrzykowski
Homeschool“A perfect addition to your home library and great supplemental reading for those homeschooling parents studying the Revolutionary War. This book is great for younger kids as a read-aloud or for older students as independent reading. Historical facts are woven throughout this captivating story keeping young readers interested while they learn through the eyes of a young boy how life was during the Revolutionary War era. Highly recommended!”Amanda M, Homeschool ParentThis book is currently being developed into a Major Motion Picture by Metatron Productions, LLC.

Check out the book trailer! 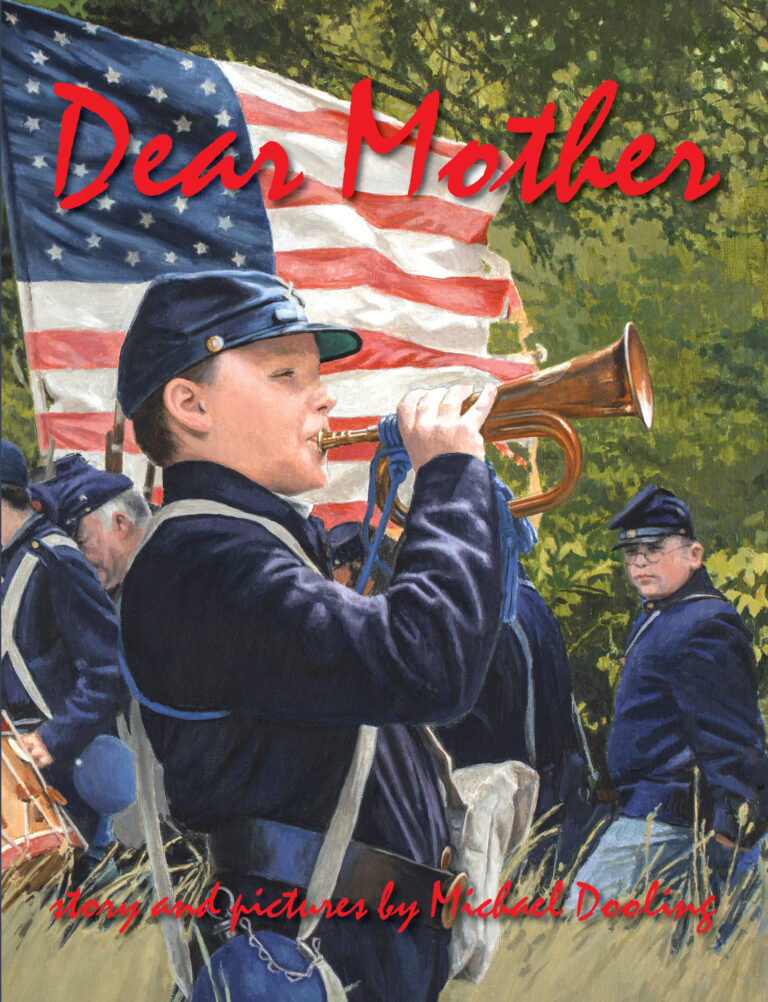 Learn about the Civil War through the eyes of a twelve-year-old bugle boy’s letter home to his mother. Soldiers from both the North and the South wrote letters home describing the hardships they endured. Many boys under the age of fifteen, and even some girls masquerading as boys, enlisted as messengers, scouts, drummers, fifes, and buglers.

“I love the settings and the masterful details in your Civil War art.” -R. Hauck, Staff Action Control Officer at HQDA

5.0 out of 5 stars. “M. Dooling has done it again! It (this book) really captures the heartbreaking tragedies of that war; I only wish MD could find a similar letter from a Confederate boy or girl to create a sequel. All of Mr. Dooling’s works are well worth the investments both for home and schools!” -M. Byrd, Teacher/Librarian 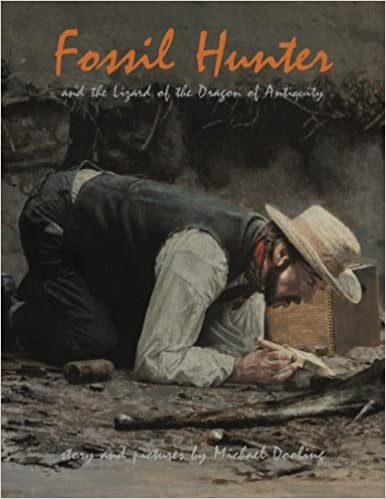 Fossil Hunter: and the Lizard of the Dragon of Antiquity, by Michael Dooling

Strange and monstrous bones for your classroom! Author & Illustrator Michael Dooling brings fossil hunter William Foulke’s quest for strange and monstrous bones to life. In 1858, Foulke unearthed the first almost complete dinosaur skeleton ever found, proving what dinosaurs looked like and that they really once existed. Foulke changed paleontology from a gentlemen’s hobby to a mainstream science.

“Here are strange marls, the relics of infinite animal life, into which has sunk the lizard of the dragon of antiquity–the gigantic Hadrosaurus….” -Lippincott’s Magazine of Popular Literature and Science, 1873

“This is a great addition for any library or classroom!” -Ruth Teacher 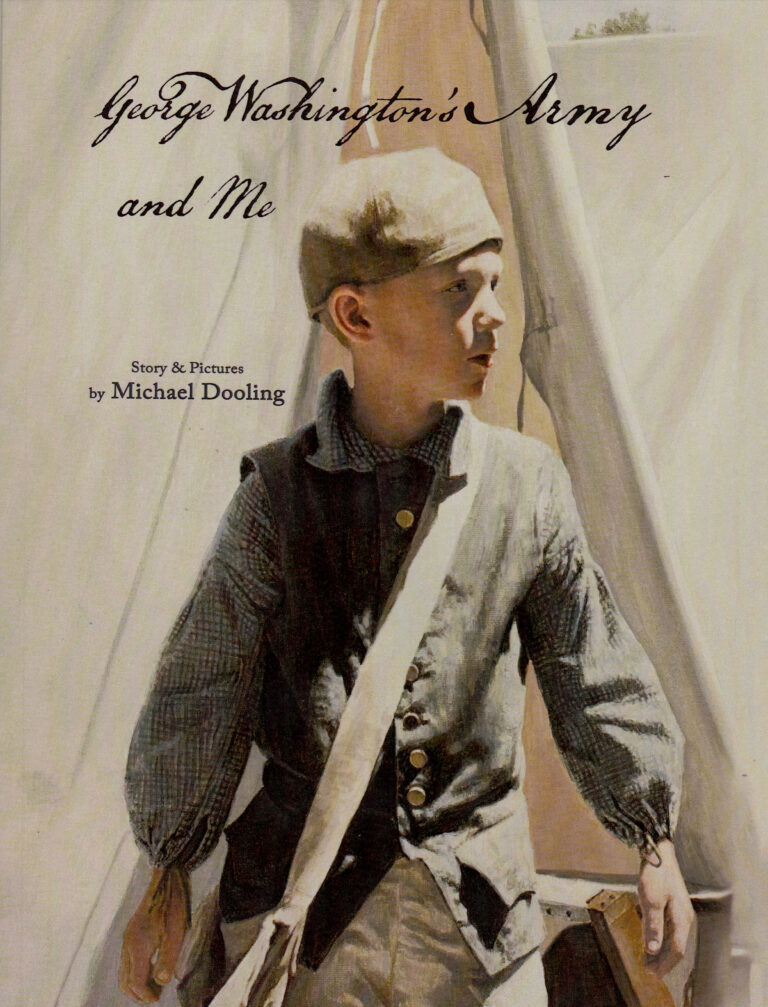 George Washington’s Army and Me, by Michael Dooling

A poignant story told through the eyes of a young boy and based on letters and diaries of people who marched with the Army.

“Beautiful story with gorgeous illustrations. This picture book is the perfect addition to a classroom library or as a gift for 2-6th graders. The story will touch your heart and the illustrations are simply stunning. This book is a favorite in my classroom. ” -loves to teach 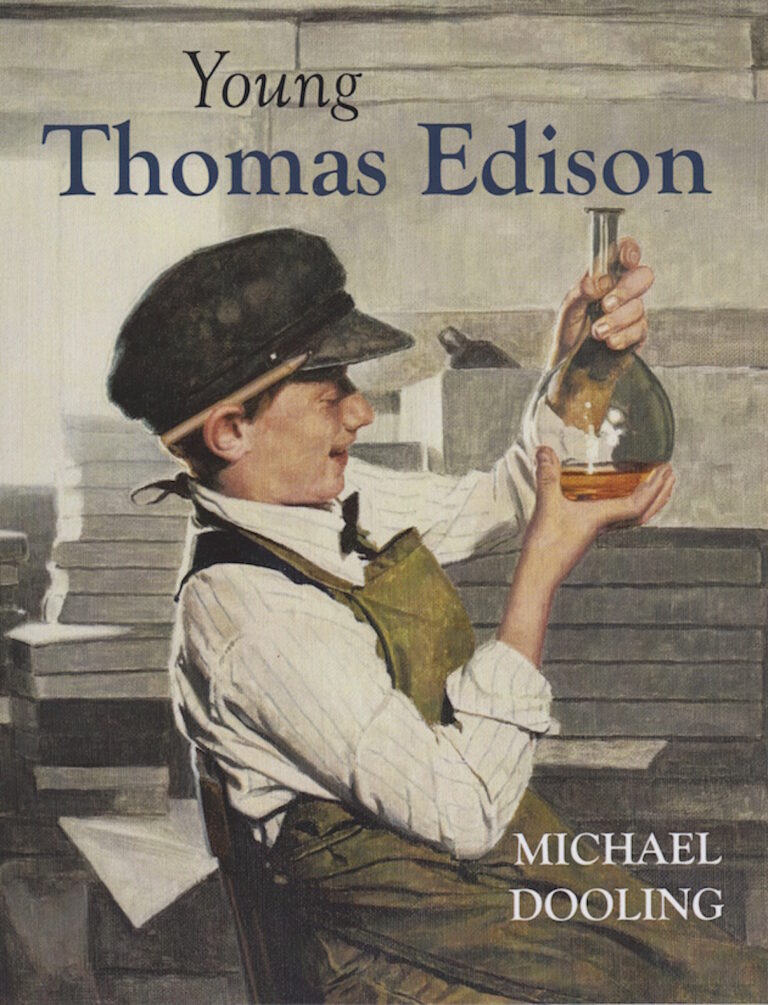 “Dooling has brought Edison’s boyhood into focus through careful attention to visual detail and a readable text. What emerges is a story of a determined, focused young man who, despite significant hearing loss and other setbacks, continued to experiment and create inventions that we still use today. …somber oil on canvas illustrations use a dark palette and are extraordinarily beautiful. Each page exhibits an artistic mastery that perfectly draws out the subject and fills the space with objects that reflect the period. This inspiring book honors a brilliant inventor and belongs in every library.” -School Library Journal (Starred Review)

“This book exceeded all of our expectations…it is literature of this quality that instills a love of history in a child – Exquisite!” -Treetop Learning 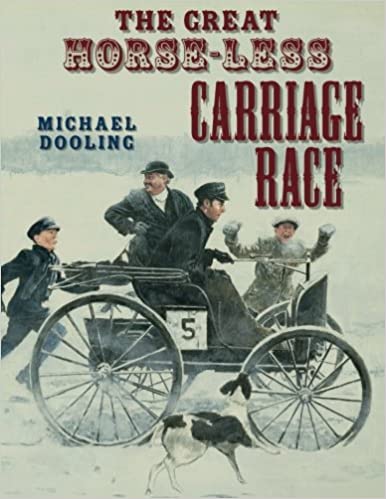 “This exciting account of the race that gave birth to America’s first automobile company is accompanied by vivid paintings guaranteed to transport readers to an unforgettable day in our history.”

“Children will be captivated by this vivid, tongue-in-cheek glimpse of the earliest automobiles and the doughty men who built and rode them to victory.” -Booklist

“Dooling has lovingly re-created an era… his spreads convey the icy dullness of the day, the enthusiasm of the onlookers, and even the frenzy of the race.” -School Library Journal 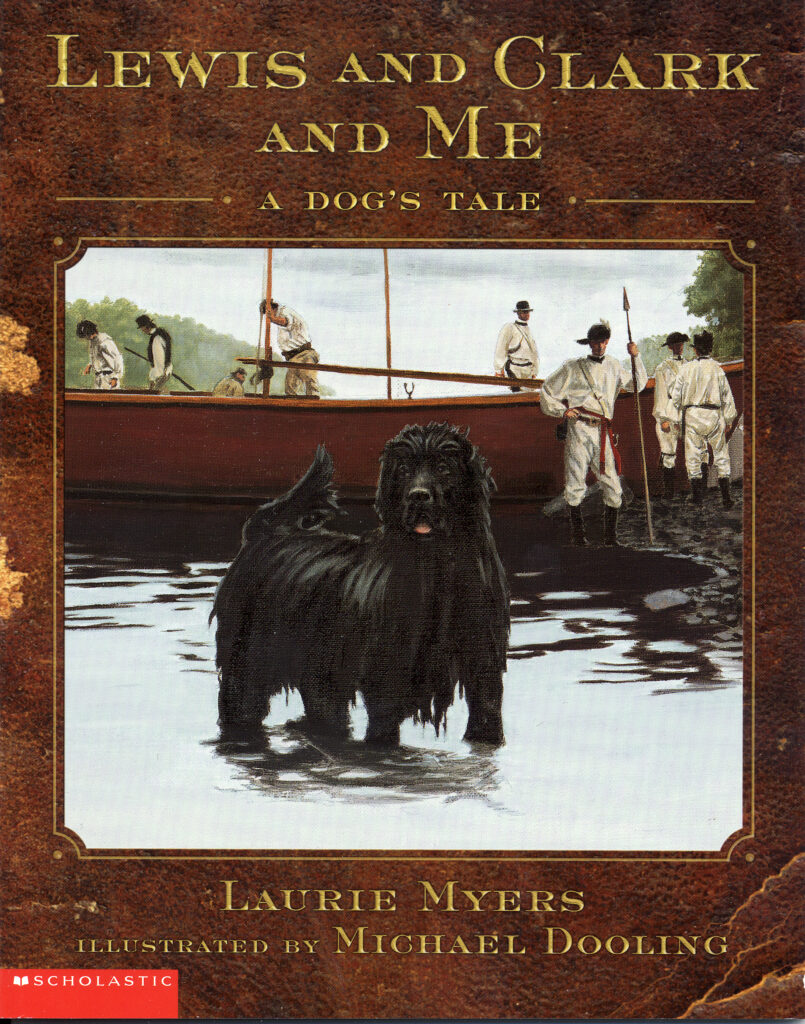 Lewis and Clarke and Me: A Dog’s Tale, by Laurie Myers (Henry Holt and Company)

“The dog’s eye-view is well done and refreshing, excerpts from Lewis’s actual journal enliven the text, and Dooling’s beautiful oil paintings seem just right, as full of action, beauty, danger, and majesty as the land they portray.” -Kirkus 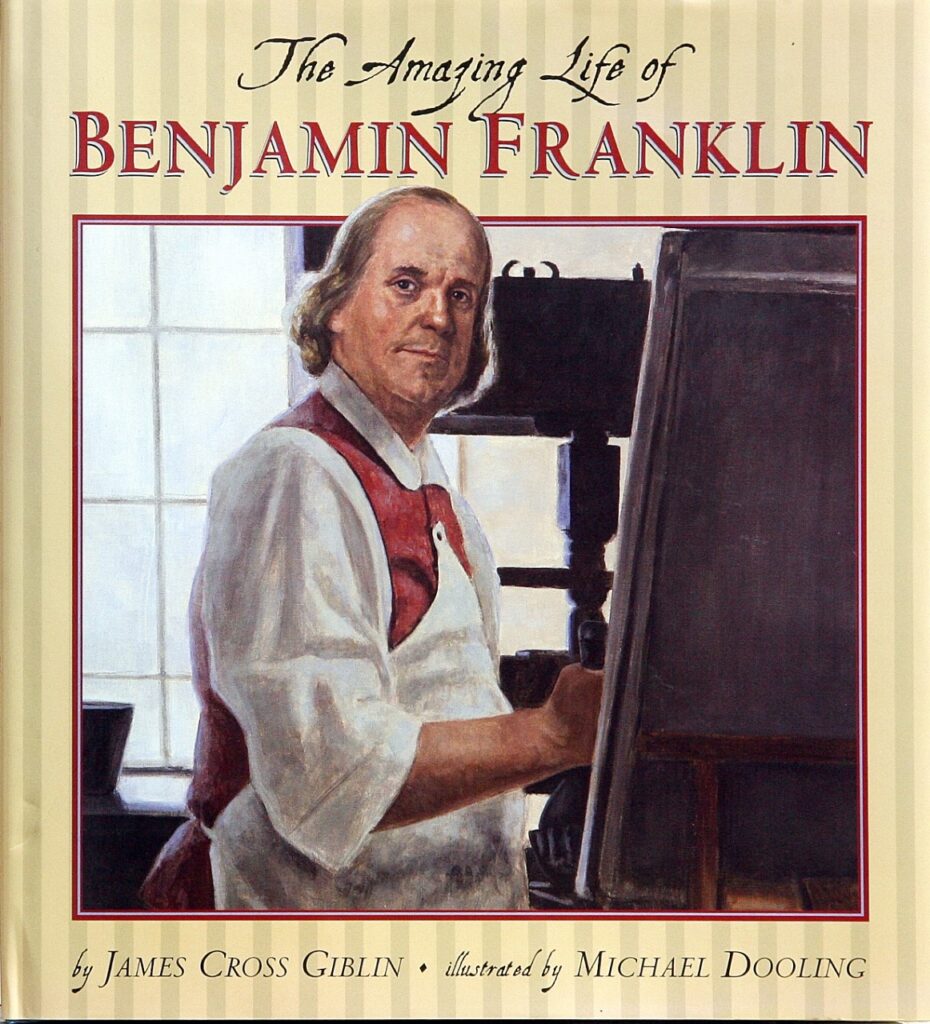 “This biography is remarkable for its readable, interesting, and yet strictly reportorial tone, which results nonetheless in bringing Franklin to vibrant life. Dooling’s oil illustrations, as well as his sketches of the important figures who surrounded Franklin, extend the book’s accessibility and compound its readability.” -Kirkus 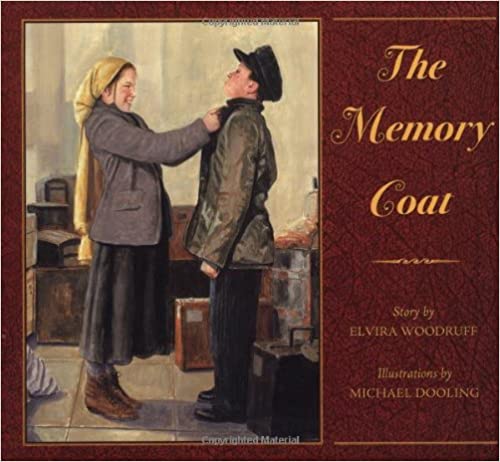 “The Memory Coat traces the courageous journey of a family of Russian Jews as they uproot their lives, abandon their homeland, and make their way to New York in search of religious and economic freedom. Woodruff’s carefully chosen text and Michael Dooling’s rich, realistic illustrations put young readers in the thick of it, by honestly depicting the sites, sounds, and smells of the immigrant experience.” -Hungry Mind Review 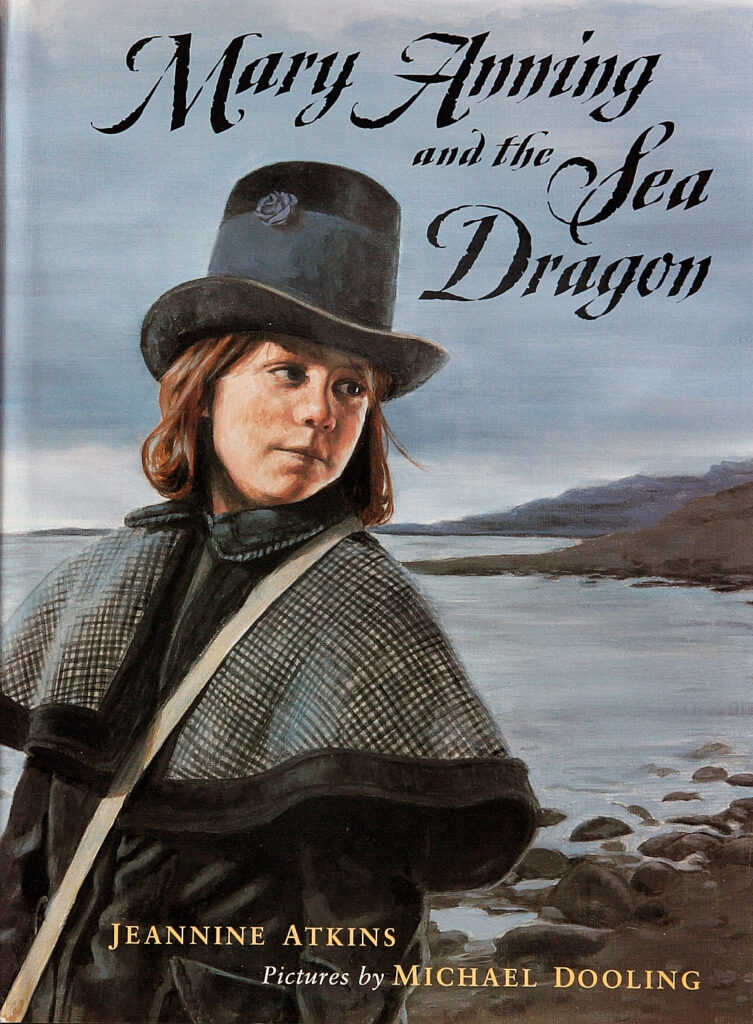 Mary and the Sea Dragon, by Jeannine Atkins

“A beautifully illustrated biography of Mary Anning, a child who started looking for seashells and stone sea lilies and ended up discovering fossil remains. The illustrations capture the misty seashore and the people of 18th century England. A good choice for the younger biography section.” -Children’s Book Review Service Inc.

“A sensitive . . . portrait of the real-life discoverer of the first complete ichthyosaur fossil . . . The patience and dogged determination of the unconventional Mary shines through.” -Publishers Weekly 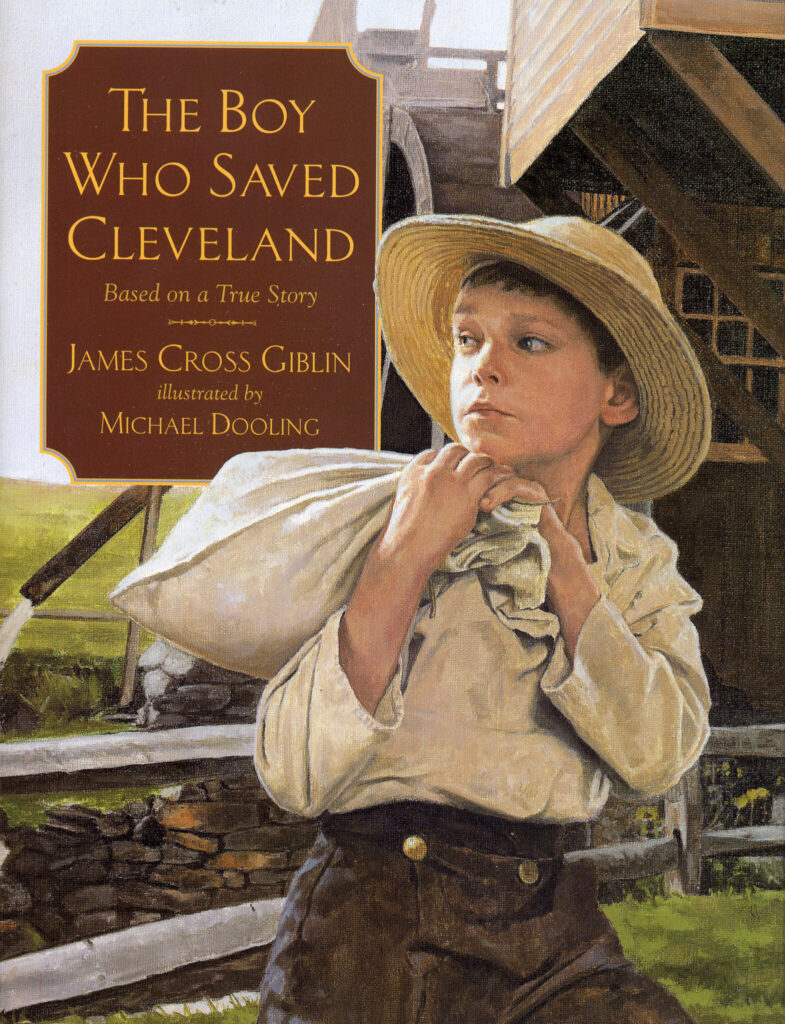 In 1798, Cleveland, Ohio was in danger of being wiped out by a malaria epidemic. Based on fact, this book tells the remarkable story of Seth Doan, a young boy whose heroic efforts kept his family and neighbors alive, and ultimately put the City of Cleveland on the map.

“Giblin recounts the story of 10-year-old Seth Doan, who helped to save the early settlers of Cleveland, Ohio, during an outbreak of malaria in 1798….Dooling’s realistic pencil illustrations, which focus on the characters and their feelings, will help younger readers to visualize the rustic setting…. A welcome addition to the historical fiction shelves.” -Booklist 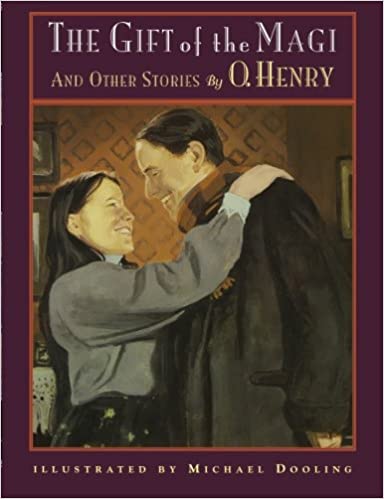 The Gift of the Magi and Other Stories, by O.Henry

“Dooling’s exquisite plates, one for each story…a realistic style that captures the wry characterization of O.Henry prose.” -Booklist

American Bookseller’s Pick of the Lists 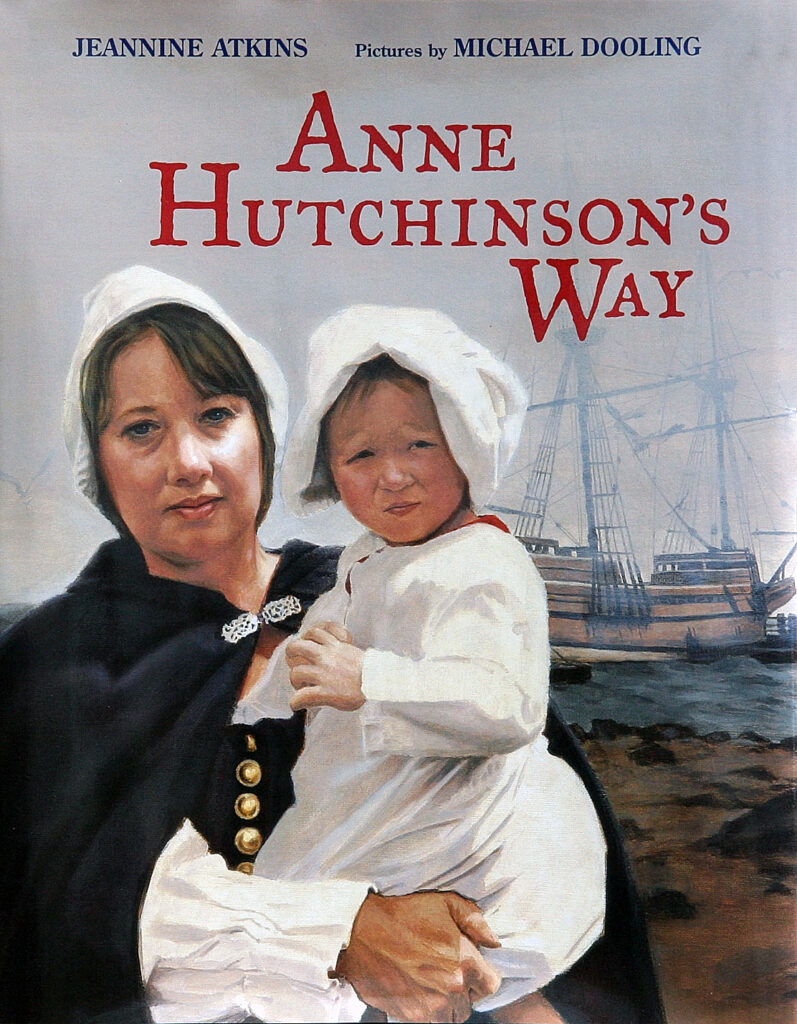 Jeannine Atkin’s story about one of our country’s first heroines and her struggle to uphold what later became our most precious freedom-that of speech-shows the impact of such bravery not only on the individual but also on the family.
“…There is sturdiness here throughout: in the story of Anne and her husband’s unwavering courage to stand strong for their beliefs and in Dooling’s impressive artwork, plain in color and rugged in its portrayal of rough colony life…this offers something solid for children, especially those studying early American history.” -Starred Review Booklist